Officers and men were split up into their various boat loads, and on D minus 2 started to embark on Landing Craft Infantry. One might have expected very high tension in face of such a mighty undertaking, but on the contrary, the feelings appeared to be calm as if yet another of the many exercises on similar lines was about to take place. Food on board was very satisfactory, fresh vegetables and bread being supplied to augment the Compo rations.


The journey across was uneventful, the sea being comparatively calm until approximately two hours before the landing, when it became rather choppy and made a number of people seasick, though tablets to prevent this had been issued which proved a great help to some.

1st Lt Willis Photo of one of 2 RUR Landing Craft LCI (L) No. 375 at sea during training 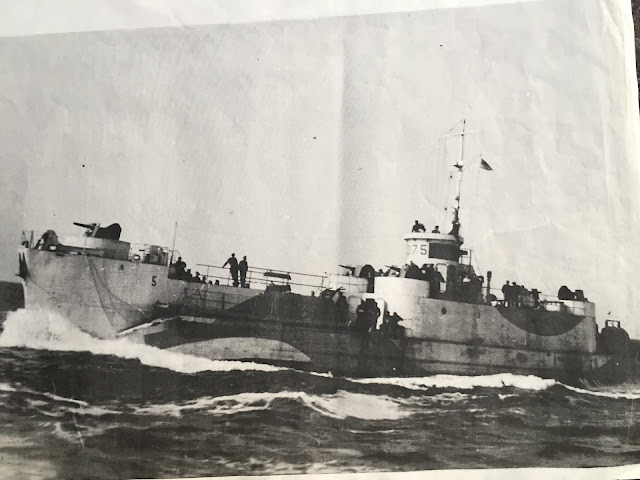 The huge convoy of which the Battalion was a part, and the enormous number of Allied aircraft seen making for the Continent kept spirits bouyant.

Just before the convoy turned inwards to the shore, German coastal batteries opened fire and shells fell in the convoy; this delayed the landing slightly whilst the assault brigade put them out of action.

Our first reaction on seeing the coast was how very familiar it all looked until we realized that it was the wave top view that we had spent such a long time memorizing. It was rather a surprise to see so many of the houses still standing apparently undamaged as one had the impression that everything would have been flattened. 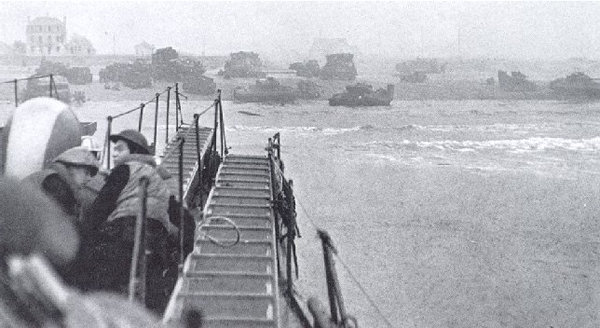 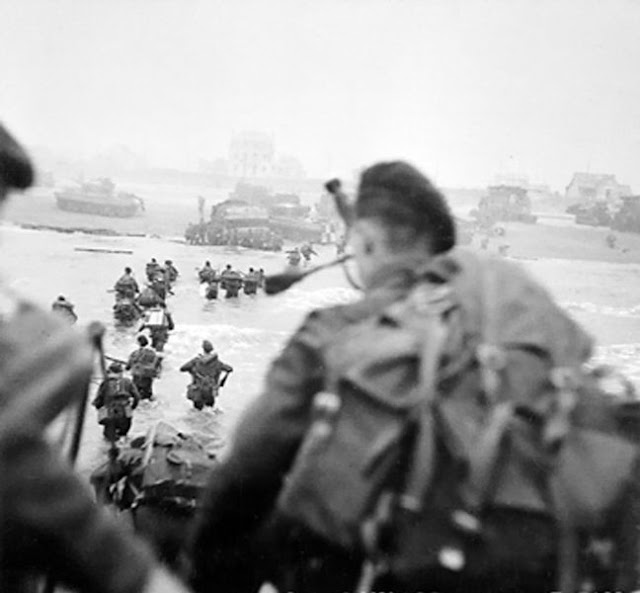 Note: The LTIN Serial Number was a temporary landing timetable number allocated to each craft for D-Day and, whilst often similar, is different to the permanent Craft Hull Number which a craft retained throughout its service. Following extensive investigation of landing timetables combined with photographic and video evidence Michel Sabarly's current assessment of the Hull Number/LTIN match for Group 16 Landing Craft Infantry (LCI) craft which included the bulk of the 9th Brigade (including 2nd Lincolnshire; 1st Kings Own Scottish Borderers ; 2nd Royal Ulster Rifles) is:

Hence it can be summised that the bulk of the 2nd Battalion Royal Ulster Rifles are most likely to have landed on Queen White beach (Opposite Exit 11) at around 1pm on the 6th June on 3 of the following 4 Landing Craft Infantry: